Tracking is the process of following the movement of a person within a video stream based on a detected face. SmartFace Platform automatically performs tracking on all processed video streams. When a face is detected, tracking follows the movement of the same person on the following frames. All faces detected during the tracking of the same person are stored in a single entity called tracklet.

Tracking helps us to know when and where a person entered or left a monitored scene and how long a person spent in the video scene. Tracking is also supported for pedestrian detection. 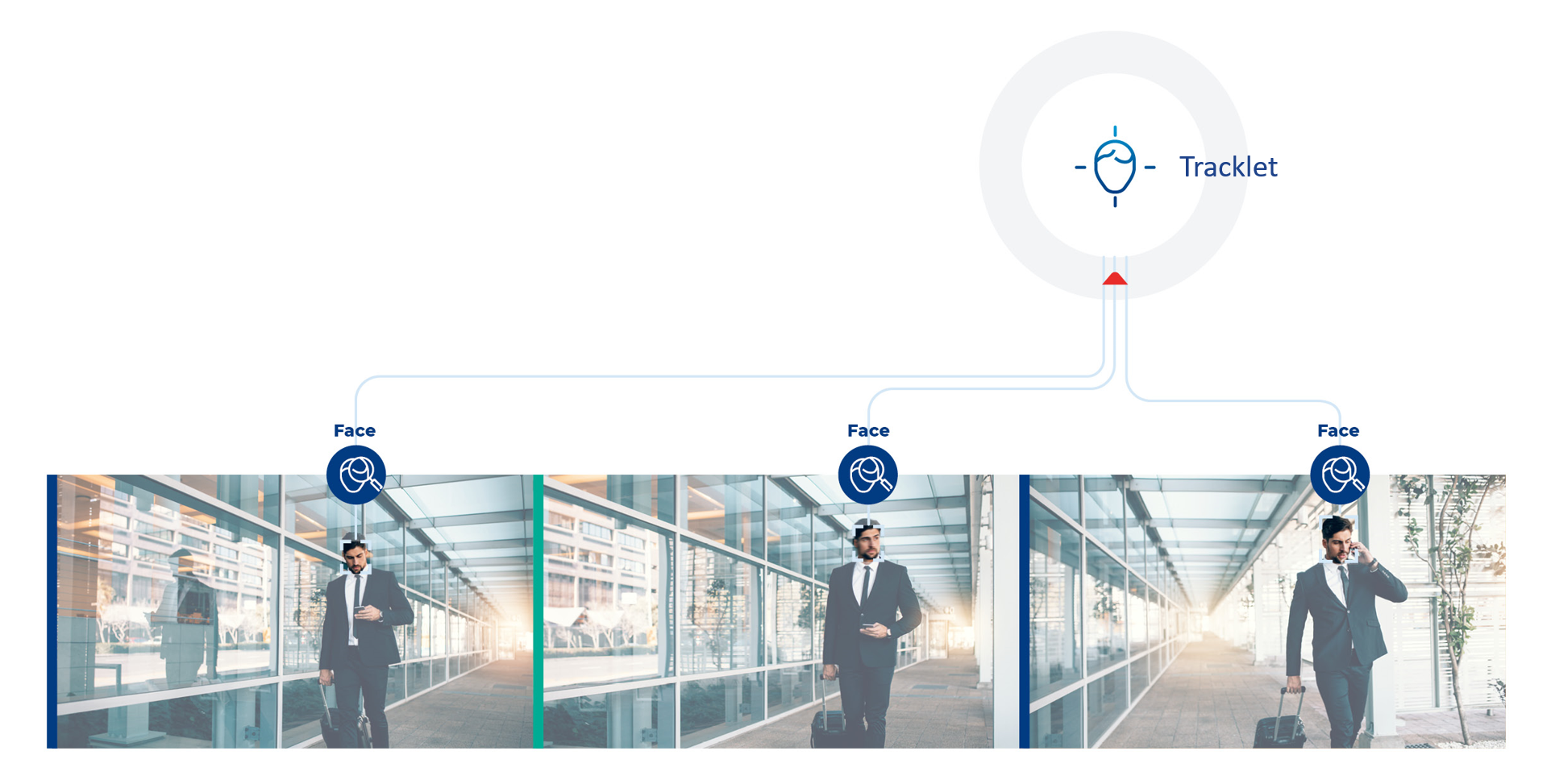 Both detection and tracking are repeatedly executed.

In the following frames SmartFace Platform only performs the tracking operation ─ keeps track of the location of the detected faces. The tracking process is performed on subsequent frames until the next detection, during which SmartFace Platform tries to detect faces again on the entire frame. Tracking of the face requires less computing power than detection, because it is not performed on an entire frame but only on the predicted position of the area close to the detected face.

The following figure describes detection and tracking on frames at 25 fps (frames per second) video stream: